Hot on the tracks!

So, yesterday I took the train(s) to start a short break in Gemany. There is something really nice, in my mind, about train travel. It is easy, certainly cheaper considering the price of fuel and road tolls, and less tiring. I don’t think that there is the romance of train travel any more, but even so, I do enjoy the whole thing about travel, crossing borders, hearing different languages, and wondering who people are, where they are going, what do they do, where are they from and so on! The timing of my visit has clashed with an exceptional heatwave in Europe with France and Germany in the thick of it! Leaving home in the early morning gave some respite from the heat, and my train to Paris was nicely air-conditioned. 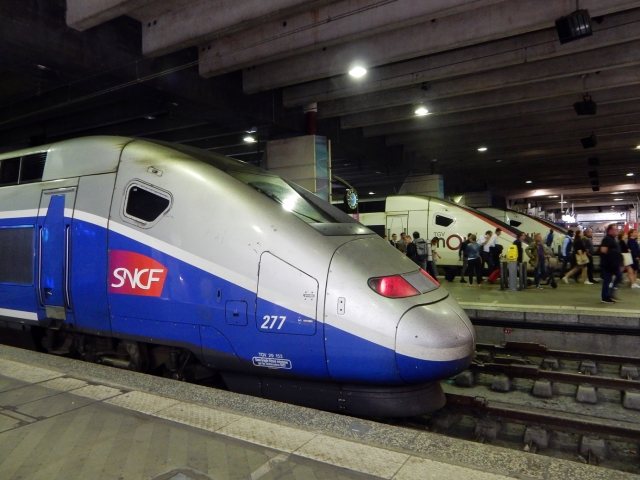 I had about 2 hrs in Paris to take the Metro from Montparnasse to the Gare du Nord…an easy and cheap trip, but with the underground being packed worse than a tin of sardines and increasing temperatures, I was at least grateful of grabbing a seat.

Then onto the high-speed train to Cologne. 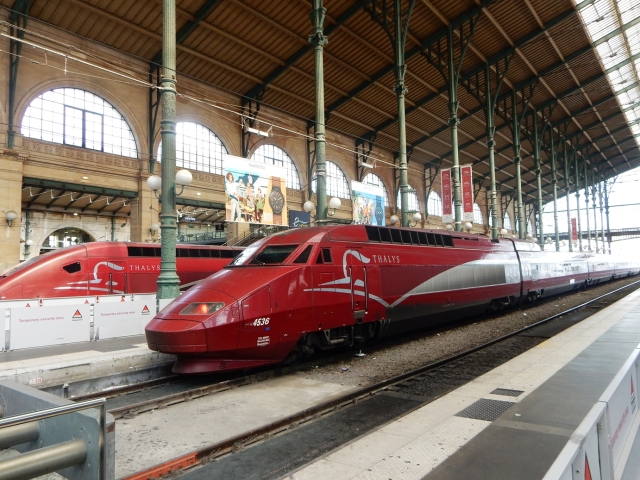 I found my seat and got myself settled for the journey. Before long an absolutely delightful old lady sat next to me. She greeted me in French and I picked up an accent that didn’t sound totally French. It turned out that she was German, but was a countess (possibly fallen on harder times as she was in 2nd class, or perhaps she was just frugal)! We chatted for a while about anything and everything, and then eventually we both retired to our books. As is often the case, I nodded off, book dropping from my hand, head slumped and I pray to god I didn’t snore or at the very worse, dribble! Mind you, with the amount of sweat I doubt if anyone would know the difference if I had slobbered down my front. After my short nap of only 20 mins or so, I woke with rivers of sweat pouring down my face, trickles of wet pooling at the base of my back and the carriage feeling very warm to say the least. Outside it was 39c and it felf much the same inside. Thankfully we arrived in Brussels and once passengers had alighted, we were told that the air-conditioning had broken and we should change to another car. Everyone moved towards the front of the train but one guard told me to go to the rear. The only free seats were in 1st class, and I was told that was OK, so you can guess I was even more than pleased when I entered the carriage and it was a cool 20c. Bliss! It turned out to be a blessing in disguise because there were various delays, signal failure, track works and so on and we ended up being 40 mins longer on the train than expected.

Another change in Cologne to take the local train to Bonn and exactly 12hrs after getting up, I arrived at my friend’s house. The heat is increasing and I have no idea what is planned for my visit. I just hope it includes lots of shade and cold drinks. Hope you all stay cool.

Dreams do come true and I am now retired and living with Maggie, my chocolate labrador, in France in the Deux-Sevres. I love travel and photography and hope to combine both interests here to make a record for myself, and somewhere where I hope you will get to enjoy a part of my life in this region, in France and further afield when I get the opportunity. Please feel free to follow and comment. A Bientot!
View all posts by Al in France →
This entry was posted in Friends, Germany. Bookmark the permalink.

2 Responses to Hot on the tracks!