Another day, Another Chateau.

I wasn’t really looking for another chateau, and was just pottering about, taking a small road home as a detour. Following the road and right on the bend I was greeted with this sight.

It was one of those moments when you are SO pleased that the roads are really quiet because I was able to come to a sudden stop without the worry of another vehicle smashing into the back of the car, or even worse, a waving fist and some choice language from an irate Frenchman! So, this is Montrésor, a very pretty village also classed as one of the Plus Beaux Villages de France (most beautiful French villages).

The chateau dominates the scene and taking a stroll by the River Indrois certainly gave some impressive views of it.

The 11th century towers of the old castle can be seen to the right of this photo.

There is a local legend surrounding the name of Montrésor, a popular version of which tells that many many years ago when a handsome prince and his servant stopped at the rocks near the village, exhausted from much travelling, the servant dreamed of marrying a beautiful princess, far above his station. He woke to find a lizard crawling over his master’s face.

As he went to kill it, the prince awoke and realised the lizard had a message for the. It disappeared into a hole in the rock to reappear a moment later covered in gold dust. Opening the hole the two men discovered gold beyond their wildest dreams. The prince was able to build a castle on top of the rock, calling it Mon Trésor (My Treasure) and putting his servant in charge. The servant was now rich enough to marry the beautiful princess of his dreams….and they all lived happily ever after! They certainly had some imagination way back then, didn’t they? LOL 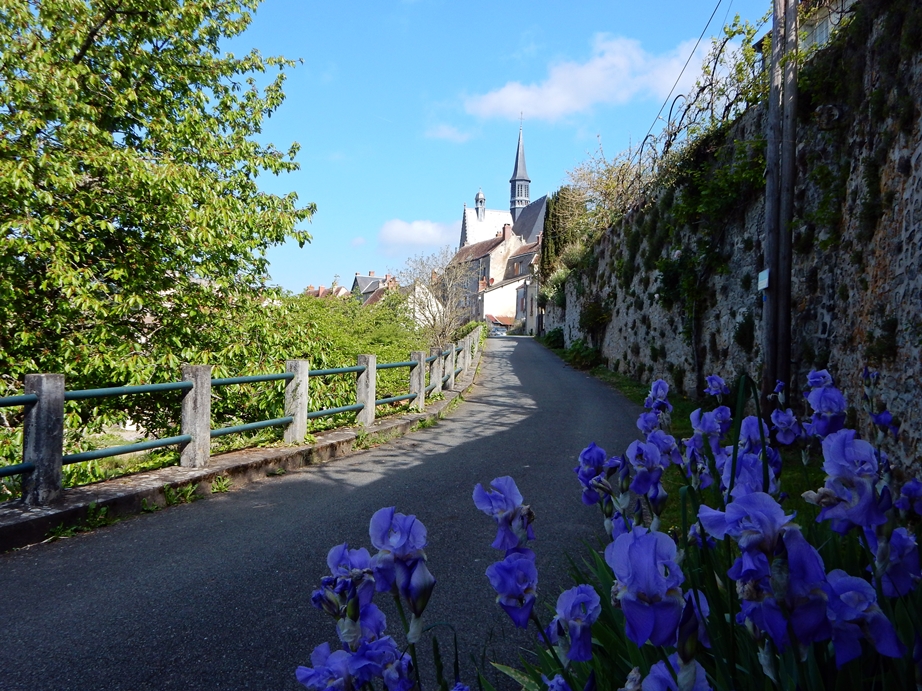 Unfortunately some of my other photos have been ‘lost’, so I can’t show you the beautiful ancient timbered Halles des Cardeaux, built in 1700…you’ll have to Google it!

Dreams do come true and I am now retired and living with Maggie, my chocolate labrador, in France in the Deux-Sevres. I love travel and photography and hope to combine both interests here to make a record for myself, and somewhere where I hope you will get to enjoy a part of my life in this region, in France and further afield when I get the opportunity. Please feel free to follow and comment. A Bientot!
View all posts by Al in France →
This entry was posted in Loire Valley and tagged Loire Valley. Bookmark the permalink.